10 Disastrous Mistakes BP Made Before The Deepwater Horizon Exploded 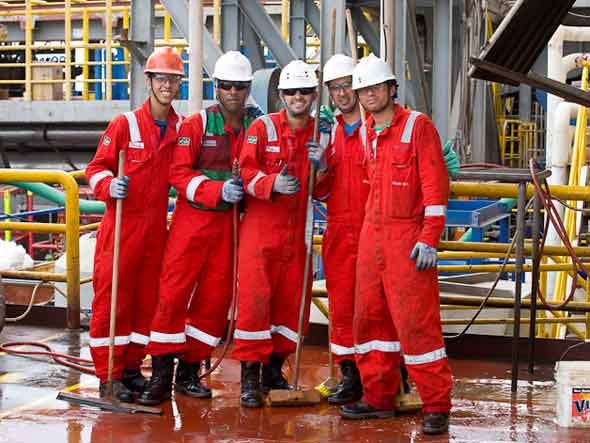 BP did not evacuate Deepwater Horizon, despite multiple huge warning signs on the day of the explosion.

Here’s a summary of Senate findings from NOLA:

Fifty minutes before the well blew, flow indicators revealed that more fluid was coming out of the well than was being pumped in. Then, 41 minutes before the explosion while the pump was shut down for a “sheen test,” the well continued to flow when it should not have and drill pressure rose, another troubling result, according to the document.

Then, according to the committee memo, “18 minutes before the explosion, abnormal pressures and mud returns were observed and the pump was abruptly shut down. The data suggests that the crew may have attempted mechanical interventions at that point to control the pressure, but soon after, the flow out and pressure increased dramatically and the explosion took place.”

The subcommittee focused attention at a May 12 hearing into the accident on anomalous pressure tests leading up to the disaster, and BP reported to staff that “as early as 5:05 p.m., almost 5 hours before the explosion, an unexpected loss of fluid was observed in the riser pipe, suggesting that there were leaks in the annular preventer in the BOP (blowout preventer). Two hours before the explosion, during efforts to begin negative pressure testing, the system gained 15 barrels of liquid instead of the 5 barrels that were expected, leading to the possibility that there was an ‘influx from the well'” and “a cementer witness stated that the ‘well continued to flow and spurted.'”

According to the memo, after “unacceptable results” from a negative pressure test through the drill pipe, workers tested the kill line, where “a volume of fluid came out when the line was opened.”

According to the committee, BP’s investigators believe “that a ‘fundamental mistake’ may have been made here because this was an ‘indicator of a very large abnormality.'”

10 Disastrous Mistakes BP Made Before The Deepwater Horizon Exploded