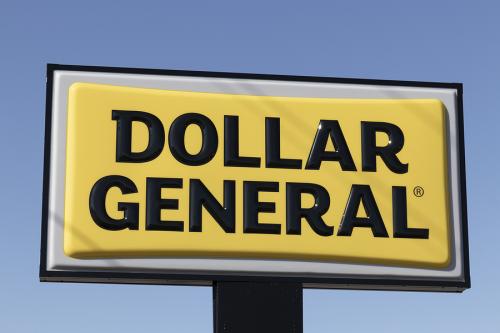 COLUMBUS, OH – When federal workplace safety inspectors opened an investigation at a Dollar General store in Columbus, they discovered violations that were all-too-familiar and the kind that has led to more than $15 million in proposed penalties since 2017 for one of the nation’s largest discount retailers.

“Dollar General Corp.’s willingness to avoid its legal responsibility for the safety of its employees is difficult to understand,” said OSHA Area Director Larry Johnson in Columbus, Ohio. “Time and time again, we find the company overfilling its storerooms and allowing merchandise to block aisles and emergency exits, and be stacked high over the heads of many workers. These are conditions that endanger workers during the normal course of business and create the potential for disaster in an emergency.”

In its inspections of Dollar General stores, OSHA typically finds workers exposed to the risks of being struck by boxes of unsafely stacked or stored merchandise, unable to safely use storeroom aisles and emergency exits, and in danger of hazards caused by merchandise blocking electrical panels.

At the Columbus store, OSHA inspectors cited the company for violations related to the following hazards:

Based in Goodlettsville, Tennessee, Dollar General Corp. and Dolgencorp LLC operate about 18,000 stores and 17 distribution centers in 47 states and employs more than 150,000 workers. Ranked #91 on the Fortune 100 list of companies in 2021, the publicly traded company reported $33.7 billion in sales in fiscal year 2020.

Dollar General has 15 business days from receipt of its citations and penalties to comply, request an informal conference with OSHA’s area director, or contest the findings before the independent Occupational Safety and Health Review Commission.

Under the Occupational Safety and Health Act of 1970, employers are responsible for providing safe and healthful workplaces for their employees. OSHA’s role is to ensure these conditions for America’s workers by setting and enforcing standards, and providing training, education and assistance.